In 1958, R&B/rock and roll band, The Coasters, released one of their most famous tunes, Yakety Yak. The lyrics in the song lay out a list of chores a teenager is expected to do before being allowed to rock and roll and, subsequently, take a ride.

If only the hip father featured in the song knew about adding prefixes to numbered lists in Google Docs, he could have shared the list with his son and spared himself all that backtalk.

If you need to create a step-by-step list, here's how to do it with very little yakety yak: 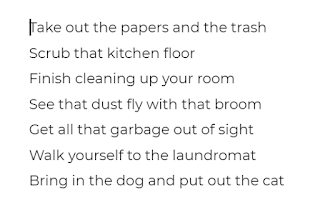 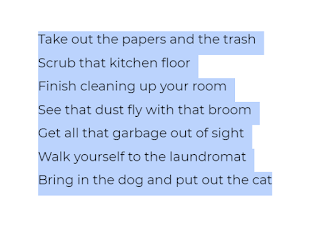 4. Right-click one of the numbers in the list (it doesn't matter which one) and select 'Edit prefix and suffix...' 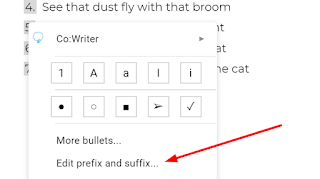 5. Type a prefix, such as 'Step'. Be sure to put a space after the last letter so the word and number are not squished together. Check 'Apply to entire list' and then click 'OK'. 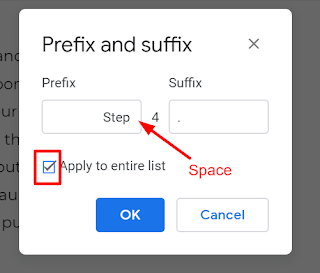 6. Your numbered list will be listed in steps now! 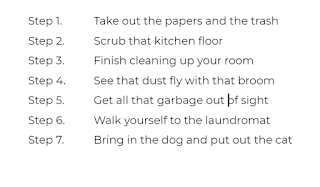 Popular posts from this blog

How Do I Share the Summary of Results from Google Forms with Others?